Miss Dawn began dancing in Indiana where she studied for most of her formative years under the direction of Margie Thilmont and Irene Hand (London's Royal Academy of Dance). She continued her dance education at Indiana University's Ballet Conservatory with Melissa Lowe and Jory Hancock (University of Arizona). She continues to take classes from top instructors in the field including one major dance teacher’s conference a year to bring the latest techniques and information to her students.

Prior to moving to Boston, Dawn was a member of the Andanté Dance Company and was selected for two years running as the children’s choreographer for Moscow Ballet’s Nutcracker.  Her students have gone on to dance professionally and study with the Joffrey Ballet, Indiana Ballet Conservatory, American Ballet Theater, Alvin Ailey, Boston Ballet, Broadway Dance Center and Finis Jhung.  For more than 20 years, she has shared her passion with aspiring dancers of all ages and loves passing on skills, passion, and knowledge that take them far beyond the dance studio.

Melissa Johnson
​Office Manager, Team Coach
Melissa is an energetic and lively person with a love for performing arts.  After graduating from high school, she was accepted into Dean College as a dance major.  She is currently completing her business degree at UMass Lowell and is a member of the UMass Lowell Dance Team.  She is a member of DECA (Distributive Education Clubs of America) where she competed in the 2016 and 2017 Independent and Franchise Business Plan categories.  She has functioned as assistant to Lauran Froderman and Aaron Turner from So You Think You Can Dance, and has won numerous dance excellence awards throughout her dance career.  She worked as an office assistant at Attitudes from 2019-2021, and we're thrilled to welcome her back as our Office Manager this year!
Angelica Potter
Lead Instructor, Team Coach

Angelica has an A.S. in Theatre, specialty degree in Shakespeare from the London Academy of Music and Dramatic Art and a B.A. in English Language and Literature with a minor in Psychology from SNHU. She is a classically trained vocalist and has performed in Collegiate, Community and Professional Theatre. A few favorite roles have been: Les Miserables (Madame Thenardier), Cabaret (Fraulein Schneider) and Macbeth (Lady Macbeth).  Angelica has been a student of dance for more than twenty years. She continues to take classes around the Boston area as often as she can in addition to attending the Dance Teacher Summit in NYC. Passionate about sharing her love of dance and musical theatre, she has been choreographing and teaching young performers for over ten years.
Amy Boshco
Lead Instructor, Team Coach﻿

Amy started tapping at the age of 3 and has never looked back.  She began teaching at age 16 in Bedford, MA where she led her competitive tap team to multiple regional competitions and numerous trophies, most notable being 1st place in the small group category in Starquest Dance Competitions and Conventions in 2011. Amy continued her dance education of dance at Middlesex Community College and the University of Central Florida.  During her internship at UCF, she lead the production of numerous dance and theater performances. She teaches tappers of all levels and ages and frequently attends dance workshops with master instructors to maintain a fresh and contemporary knowledge of the arts.  We are very excited to have her at Attitudes sharing her love and passion for this art form with her students. 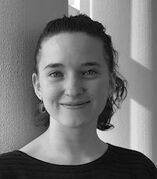 Thea Miller-Melancon
Lead AcroDANCE Instructor
Thea is trained in advanced Acrobatics and AcroDANCE, Ballet, Jazz, Lyrical, and Contemporary at Deborah's Dance Workshop at the competitive level.  She has completed the AcroArts Level 1 training which focuses on the foundations of AcroDANCE, proper spotting techniques, basic anatomy, and AcroDance transitions and lesson planning.She is also trained in advanced tumbling including layouts, half/full twists, arabians, handsprings, aerials, and front/back tucks.  She was a member of The Moving Company dance troupe at Indiana University-Purdue University and is a graduate of Salem State University with a Bachelor of Science in Biomedical Sciences.  Certifications: AcroArts
Jess Martin
Zumba® Instructor﻿ 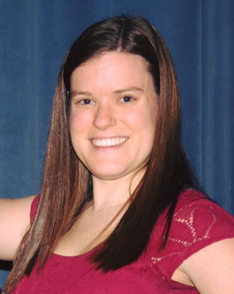 Jessica is a licensed Zumba® Fitness instructor, choreographer, and an elementary school teacher. While on summer vacation, a friend brought her to a local Zumba® class and she was hooked! Jess got her license and became a ZIN member in May 2012. Since then, she has happily lead classes and fundraisers in the community and even for her colleagues at school!  Jess loves to share her passion for dance and teaching with her classes. She hopes to dance with you soon!  Certifications: Zumba®

Anna started dancing at the age of three and hasn’t stopped since!  She was a student and competitive dance team member at Dancetime in Bedford, MA where she attended various regional dance competitions and performed in annual shows and community outreach events.  She realized early on that she enjoyed teaching and became an assistant dance teacher.  After graduating from high school, she continued her passion for dance and instruction becoming a choreographer and member of the Worcester State dance company, as well as an assistant with the Kid’s Dance Day at Worcester State.  Anna loves being an instructor and team coach because she’s able to create a bond with each student and help them to continue to grow.

​Vattana Thatch
Lead Instructor
Vattana has been teaching dance for 10 years in the New England area. Specializing in texture, musicality, and grooves. He teaches at several local dance studios, hosts dance workshops, and hosts an annual dance convention called Eat, Sleep, Dance, Repeat for the sole purpose of creating a space for movers of all levels to learn and grow in a safe and welcoming environment.  Many of Vattana’s students have gone on to establish their own dance teams, and college clubs.

Vattana is heavily involved in the Lowell dance community and has trained with and directed The Movement (2010-2013) and Inner Mission (2014-2018).  He has also trained with The Expressive Movement (2014-2015) and Mill Advised (2017).  As a life coach that specializes in mental health, he brings his passion for wellness and optimal performance into his classes and likes to describe his classes as holistic dance training.  An advocate for Hip Hop and street dance culture, he loves to incorporate history into his classes, and always tries to keep his classes inspiring, creative and refreshing for his students.
Kait Eller
Lead Instructor﻿

Jeffrey Jean-Philippe is a dancer, actor, performer, singer, instructor, choreographer and creator of "TempHopical" which is a fusion of Contemporary, HipHop, and Lyrical dance movements.  Jeff is the Co-Founder and Artistic Director of The Expressive Movement Company, which he created in 2012. He has been a member of the “Street Hype” dance company, Static Noyze Hip Hop Company which appeared on America’s Best Dance Crew, and has danced alongside of So You Think You Can Dance’s Stephen “tWITCH” Boss as a member of his Protégé Company.  Jeff was also a top 30 dancer on SYTYCD in Season 12.  He has appeared in commercials for Normand Pictures, Inc. and Strong Paw Productions, Inc. and has been in numerous theatre productions with multiple starring roles such as Andy in 42nd Street, Seaweed in Hairspray, Hope For Haiti, Body of Faith, and The Tempest. Jeff started dancing and learned hip hop at an early age from Jen Brody at Dance Etc. (Billerica, MA). He completed a dance minor at Dean College and attained his degree in Criminal Justice from Plymouth State University. Jeff has won numerous awards for his dancing and his choreography has been recognized at several dance competitions including American Dance Awards, Turn it Up Dance Challenge, and Headliners Talent Competition. Jeff continues to teach at many studios around the New England area and teaches master classes and workshops when he can.

“Gliding across the floor since the age of four, McKersin learned his first choreography from Michael Jackson – well at least Jackson’s videos. One year later, he had to trade in moonwalks for more traditional movement when he relocated to Haiti and began to study folkloric dance. After a few years of exploring cultural dances, McKersin returned to the United States and found a middle ground in hip-hop. In high school, he danced alongside Phunk Phenomenon then went on to study various hip-hop styles. In 2009, McKersin began to teach, perform, and choreograph for local R&B artists and colleges all while dancing as an apprentice under a few ballet, contemporary and modern instructors and leaders in Boston. He spent two years as the Assistant Director of Bunker Hill’s performing arts program and is involved in many youth enriched organizations around Cambridge and Boston mostly dealing with the inner city children and communities. He follows his dreams and while teaching others he believes that..If you’re not sweating then he isn’t teaching. He is a Bessie Schonberg Fellow, and grant recipient for Next Steps for Boston Dance & Boston 2030 Transportation initiative, and has performed at Jacob’s Pillow. He is currently touring, teaching and dancing with a handful of companies throughout the United States including his own company Lakaï Dance Theatre.  ​

Our resident hip-hop-erina, Nina, is a jack of all trades.  She graduated in 2009 with a B.A. in dance and hispanic studies from Hobart and William Smith Colleges in New York.   During her college years, she rehearsed and performed with BioDance, Paul Taylor 2, and her step team while also choreographing musical theatre productions at a local high school and volunteering at the Boys and Girls Club.  Since then, she has been teaching middle school Spanish, running youth programs through the Burlington Recreation Department, and spending her free time taking class at dance studios in the Boston area.

Diane has a combined 20 years of experience instructing and choreographing dance and fitness classes at many local gyms, dance studios and local theatre groups.  Over the years, Diane has attended dance workshops in Boston and New York with some amazing industry greats such as Mia Michaels, Tyce Diorio, LaurieAnn Gibson, Andre Quintella and Cris Judd.  Choreography credits include over 15 years of creating various Jazz and Hiphop Dance numbers for adults, teens and kids for numerous performances and local musical theatre productions.  Diane also performs regularly with local theatre groups and has taken part in many fundraisers including Making Strides Against Breast Cancer, Boston City Hall Plaza's Garden of Hope for the Conquer Cancer Coalition, and Purplelight for Pancreatic Cancer.  Diane loves passing along her passion for teaching and dancing, and hopes you'll join her on the dance floor!

Sophie loves sharing her passion for dance and movement with children!  She is an Education Studies major at Brandeis University, minoring in Creativity, the Arts, and Social Transformation. She is co-president of Adagio Dance Company, dances with Hooked On Tap (HOT) and Ballet Club and had choreographed for Adagio, HOT, and the Undergraduate Theater Collective.  She has studied ballet, jazz, tap, lyrical, contemporary, modern, was in a competitive jazz dance group.  She began teaching at Attitudes, first as an assistant and then a lead instructor, and is a graduate of our teacher training program. She is also a certified instructor with Rhythm Works Integrative Dance, a program that focuses on how to accommodate all students’ learning differences.  Sophie believes that everyone can dance and she is thrilled to be teaching at Attitudes!
​© 2013-2021 Attitudes Dance and Fitness. All Rights Reserved. P.O. Box 194, Bedford, MA  01730
Proudly powered by Weebly